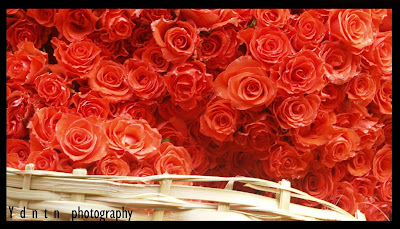 Photo courtesy:
Yd's Flickr blog
Gone are those days when couples met each other in college, fell for each other at first sight or met at a cousins's wedding or happened to meet each other at work place. This is the era of networking. With the advent of online chat rooms, socializing websites like- Facebook and Twitter apart from the already existing Gtalk and Yahoo messenger, we tend to find like minded people somewhere in one corner of the world. In some cases, networking leads to friendship, this friendship leads to good friendship and then one fine day when they find that they actually have more than just 'friendly' feelings for each other, ' Love happens'.
This might seem like a modern day fairy tale story but this fairy tale is certainly not as pink as it appears to be. Couples date each other online, talk to each other and meet up one fine day and set the wheel rolling.
Is this going to give a happy ending to it???? The answer is: NO.
The actual testing stage begins after that. This gives rise to a concept called LDR ( Long Distance Relationship). This abbreviation sounded strange to me when I heard it as the first thing that came to my mind was LTR( Long Terminal Repeats in a gene sequence). Probably, it's just the ' Bio- influence' on me that made me think this way.
LDR, something that certainly has to be dealt with patience and a lot of trust and confidence. Couples can be separated by country borders, state borders or just happen to be at a distance of 300 Kms but, whatever it is, distance does matter. This LDR seldom works and seldom doesn't depending upon how people handle it. There might be times when a couple feels terrible about the distance they have which they cannot bridge due to practical reasons. Education, work, career, family and certain other priorities in life that happen to act as speed breakers' in a smoothly running life. One can't ignore them though, as they will act as pillars of strength later.
It's not only restricted to couples who date these days or are thinking in terms of Long term long distance relationships( LT - LDR) but also for those married couples who have to stay apart for a short period because of their career. They happen to meet just, once in a while or are contented with intermittent short visits. It's even more frustrating then because there is nothing that can be compromised upon. With a battery of problems that are associated with LDR, one needs to find a solution to them.
Networking and technology certainly helps. When there were just snail- mails, mobile phones, chat rooms, Gmail, yahoo messenger and g-talk, there came something called Skype and online video chats that solved millions of problems right from phone bills, till the emotional level. The very fact that our loved one is just a screen away from us makes us feel secure and contented. The happiness to hear the same voice and not rack one's brain to think of the other person's expressions has made things easier. Earlier as said that the person is just a phone call away, the same person is just a screen away now. Distance doesn't matter when there are travel connections too.
It's just a matter of TIME. It plays an important role and teaches everything. We say, it flies but I feel it takes it's own sweet time. One can't hurry.
This distant tryst certainly makes the heart grow fonder and develops a sense of maturity that actually makes a relationship last for long. If it survives the distance then it can survive all those trials and tribulations of this testing game.
There's something to learn from each couple who face this. 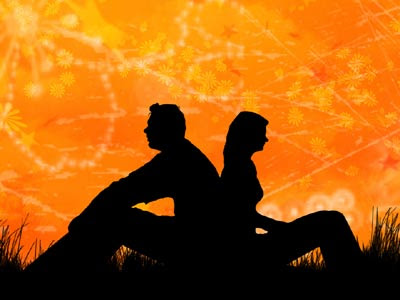 Aweeeesomeeee :) as usual
Thanks so much for including my photo ... could never imagine that photo could inspire someone :)

@ yd- thanks for always being the first:) well, a basket full of roses, what else can be so symbolic of love:)