Kids are back with Colgate “Magical Space Adventure”

When Blogadda  and Colgate India announced the #ColgateMagicalStories“Magical Space Adventure” contest, Jagadeesh and Veeresh were super excited. This time they did not even wait for my instructions. After having created ' A king's palace' in the previous Colgate magical story contest, they were extremely excited to create their space -adventure story. My courier from Blogadda was grabbed by them and the contents were spilled out for unleashing their creativity.

They created a small plot around these characters and cut outs from the space adventure packs. They arranged a small card board box on which they wanted to create their space adventure story. Jagadeesh named this as 'The Alien Planet'. The packs had different images which these kids cut out after reading each and every description given below them. The activity was quite engaging as it also improved their knowledge about the various terminologies related to space and also gave them some new concept to learn about.

They got involved in this project immediately and refused to budge until the story was complete. I did not disturb them until everything was complete. I told that I would like to listen to their story once they are done with this. 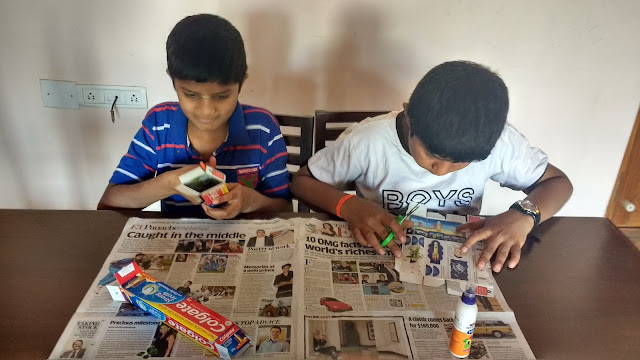 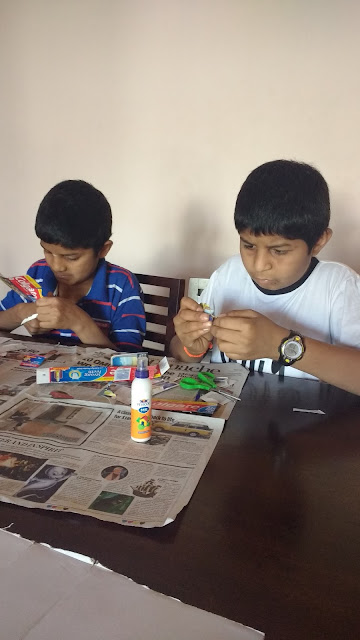 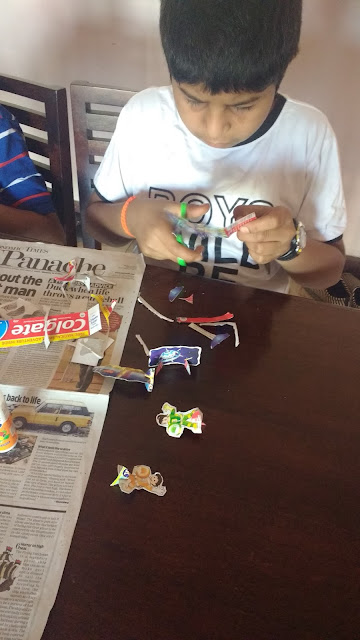 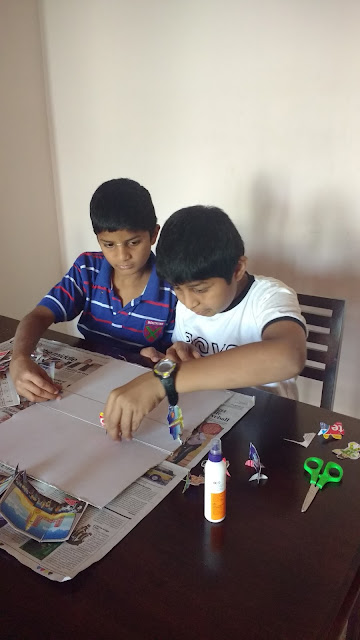 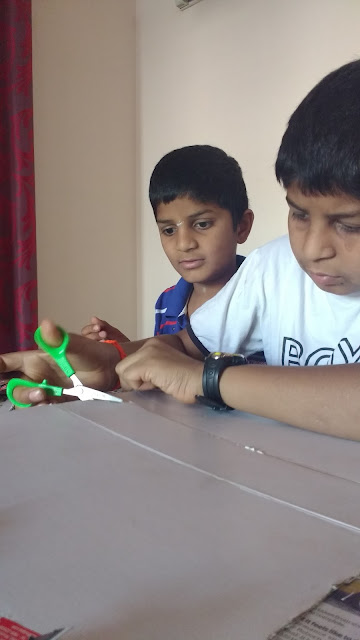 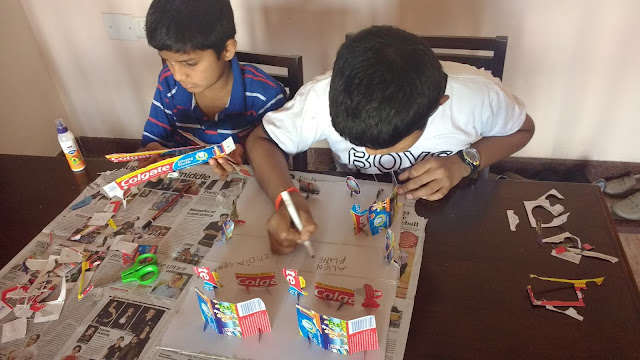 They cut out all the pieces neatly and arranged them with their stand. Once all the pieces were ready they started building a concept around the story. If I were of their age probably I wouldn't have put an effort to create something on a cardboard, I would only play with them but they arranged everything like a story. Here goes the story:

According to Jagadeesh, this was an ' Alien Planet' where the  astronaut has gone on a spaceship which flaunts our Indian flag. They are two of them, the female astronaut is also accompanying him. They both have their own space stations there. There are two space stations where the Indian astronauts are staying. They have worn their space suits and set out on a space expedition. They move around from one space station to the other in their space bus. They spend time there studying about the space and sending information to the earth. That is when they spot a UFO. At this point Veeresh tries to read and spell the word UFO and tries to understand what it could mean. According to them the aliens are always green or blue in colour. All they can remember is the character ' Jadoo' from the Hrithik Roshan movie. They have made this alien a villain in their story. They told me that it was this alien who does not want the Indian astronauts to have their space stations there. They are trying to destroy the Indian spaceship and in turn want to land on Earth, our planet. The astronauts are troubled by the aliens and are very anxious to take action against them. The astronauts have an encounter with the aliens and finally the aliens are killed. The moral of the story is that the good people win against the bad people. The space mission of the Indian astronauts is successful. Jagadeesh told me that the spaceship has been launched by ISRO. When asked, how they picked up the name' ISRO', they told me that they had picked it up from the recent news about the rockets launched ( satellites launched) by ISRO. They are just 9-10 year old but have a lot of knowledge about everything that is happening around.

I liked the way they used a cardboard box which had been used for delivering some product from Flipkart. They managed to make best out of waste. Even the descriptions given in the toothpaste boxes were preserved for further reading. 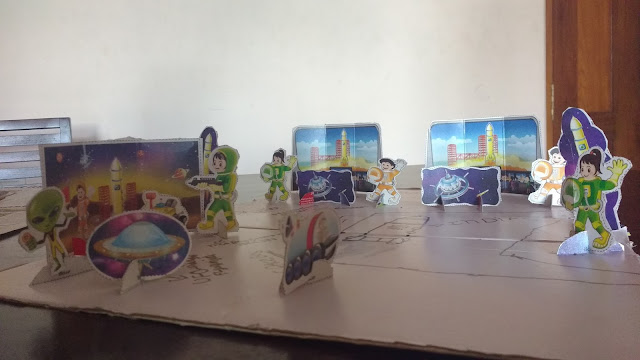 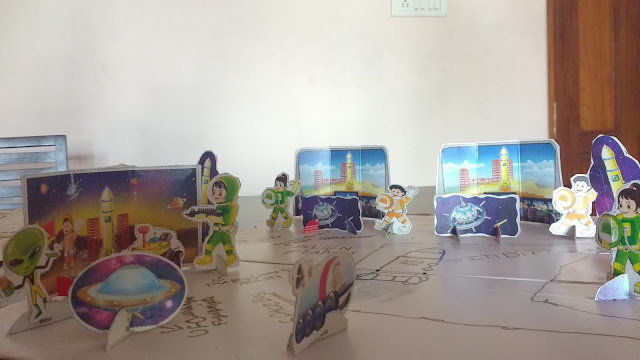 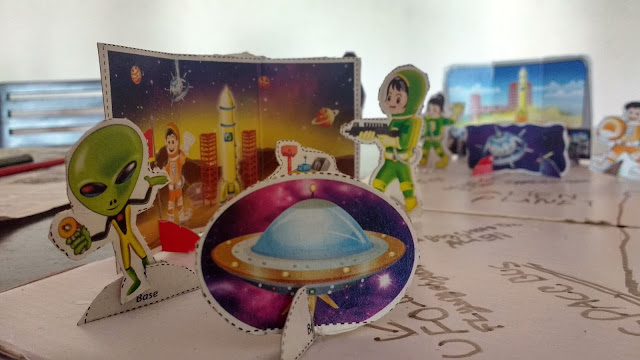 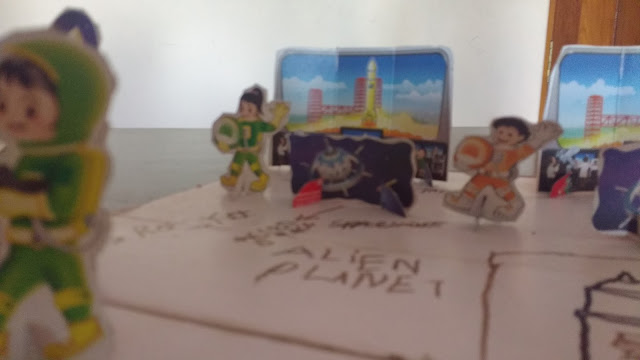 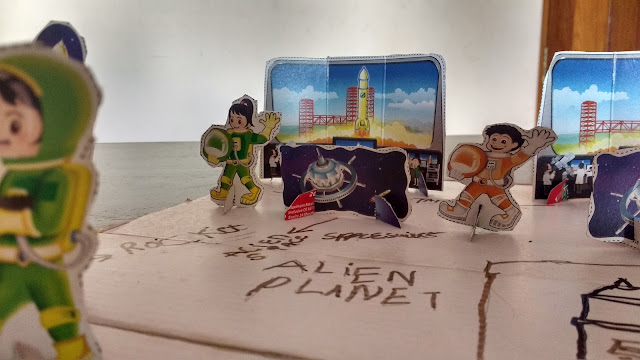 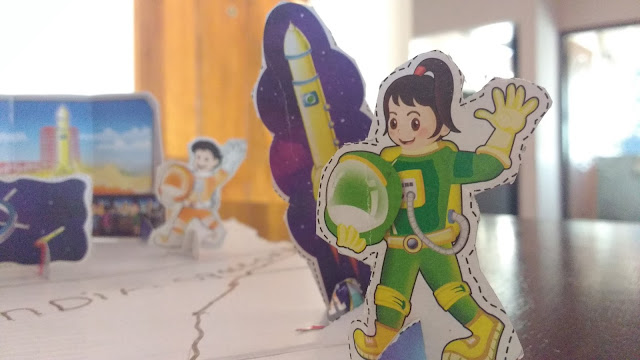 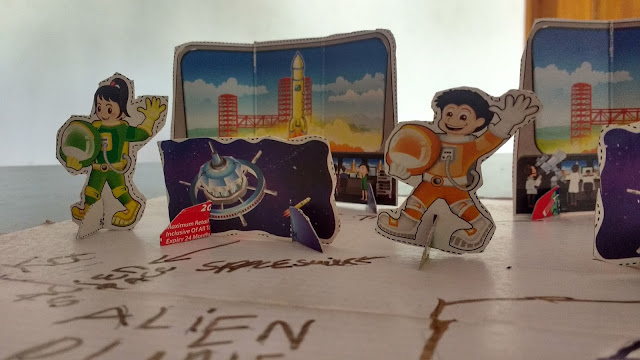 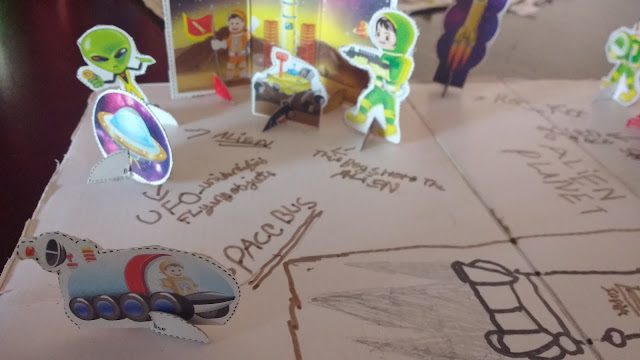 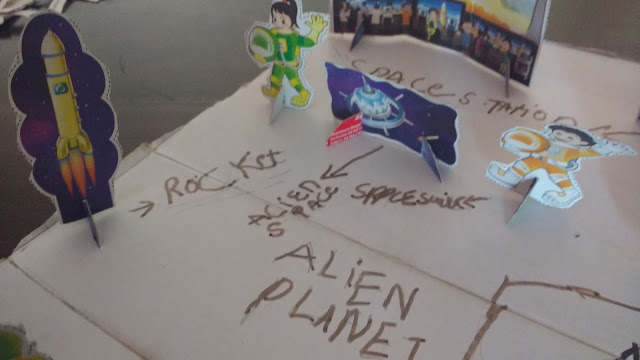 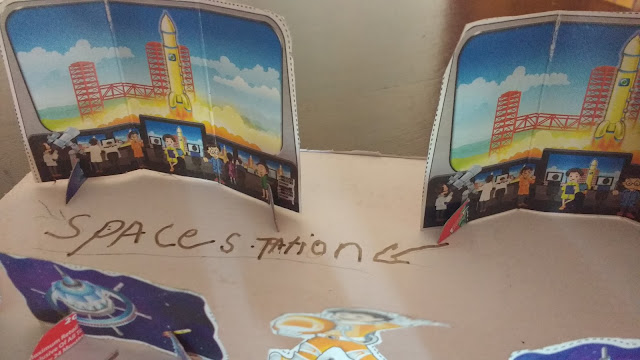 “I’m blogging my #ColgateMagicalstories at BlogAdda in association with Colgate.

Enjoy this video by Colgate and engage your kids in creating their own space adventure.