McCain party at the orphanage

It has been rightly mentioned in the IndiBlogger website about McCain snacks that : -
Smiles are doubled, when shared. And the most priceless thing is to make your loved ones smile.

So how do we put a smile one someone's face with a fried snack on the plate? A snack which belongs to the old and large frozen food chain - McCain Foods (India) - A wholly-owned subsidiary of McCain Foods Limited in Canada.
As a kid I remember having the smiley fried snack at Marry Brown burger chain in India. I have still seen kids enjoying various shapes like smileys, stars, round discs and other different shapes in fried foods apart from the long stick like french fries. We, as elders have started enjoying different kind of snacks, like nachos, tacos, pop corns, fried nuggets but we hesitate at times when it comes to deep fried foods. Although, having a bite or two of the most tasty fried french fries and these smiley snack items makes us close to our childhood days where we ate fried food without bothering about the calorific value. We did not have nightmares about spending one hour on a jog the next day after having fried food for dinner.

There are so many unprivileged kids who are deprived of food in our country. Among them, there are also many who barely get to eat healthy and tasty food. Akshay Patra has largely been successful in providing mid-day meals to the children in many government and private schools because of which the number of children attending schools has also increased. I have also donated certain amount to this cause but in order to give this a personal touch I decided to utilize McCain snacks to feed the children. Especially, the ones who are in an orphanage. They would get access to food but no one will be able to provide these kinds of fried foods. I thought, it would be a good thing to give them a taste of the most delicious and mouth watering fried yet tasty, one time indulgence McCain snacks. It would be like a mini party for them to be able to have such snacks.

I am not a great cook and I have never had the experience to cook in a large quantity so I thought of choosing an orphanage near my house where there will be less number of kids and I can manage the snack arrangements alone. I thought of speaking to the authorities there first before deciding to bring in snacks for the kids. It would be a different experience for the kids. Once I get their permission and fix a specific time for my visit, I wanted to work on the snack menu by choosing the products from http://www.mccainindia.com/ . 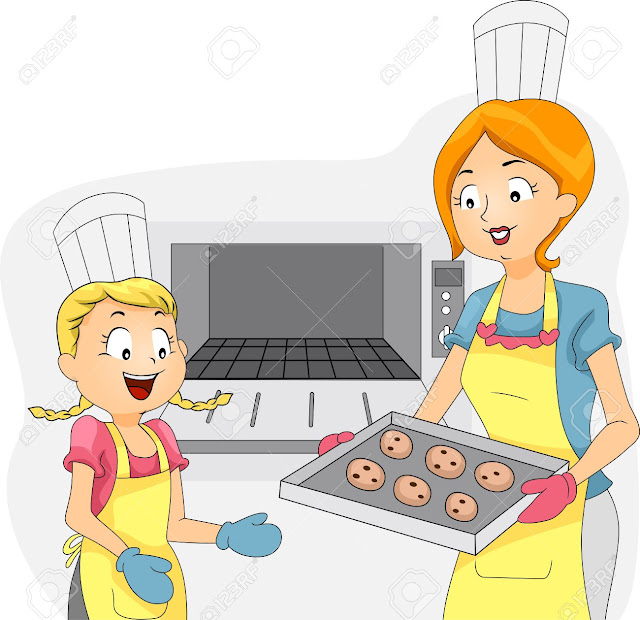 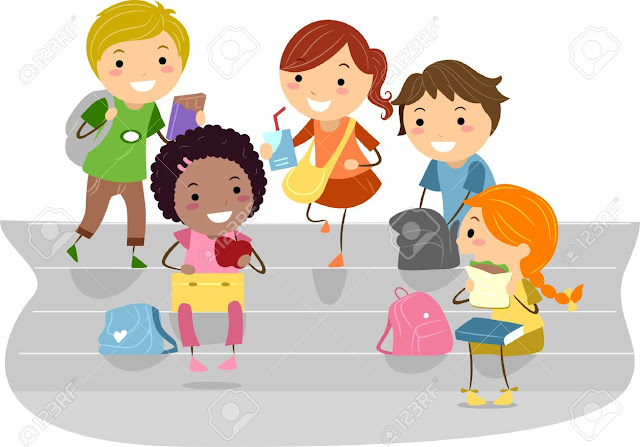 I wanted to keep it simple, healthy and tasty despite the fried part involved in it. A little bit of such indulgence would make the children very happy. The following would be my snack menu for the evening along with a small cup of Badam milk which would be served to everyone : -

1. McCain French Fries
I would vary this by adding natural spices like a bit of dry pudina/mint with salt and pepper. The spices would add a good flavour to the french fries. I would serve this in paper rolled pouches which the children can carry along and have while roaming or even keep it covered for having at a later time according to their convenience.
2. McCain Smiles
Which kid does not love the smiley potatoes? I would like to make this dish for the kids, similar to the one made my Karishma Kapoor in this video. The only variation I would do is that, I would serve at least 2 pieces of the McCain smiles each kid on a paper plate. I would decorate it by adding a small round slice of cucumber and tomato topped with mayonnaise and mustard sauce. I would top it with coriander. I wanted to add ingredients which will make this dish healthy also. Children would not love to have salads easily but if given in this form with some yummy sauce as a topping they would surely like it. Coriander is also very healthy. This would be my modified Smiles Canapes recipe.
I am sure the kids would smile after eating the layer of vegetables and the sauce. They would love to see the smiley face and enjoy their snack.

3. Extra Crunchy Potato Nuggets and McCain Super Wedges
These extra crunchy potatoes would be served along with the McCain Super Wedges which I would mix with a bit of chopped tomatoes, boiled peanuts, coriander, tomato sauce and a bit of salted butter. Tomatoes and peanuts blend well and peanuts again would help in increasing the energy content of the snack. After mixing them in a bowl I would layer them in small oil chapati and roll them up. I would serve them as rolls. They would be my mini potato nuggets and potato wedges roll. 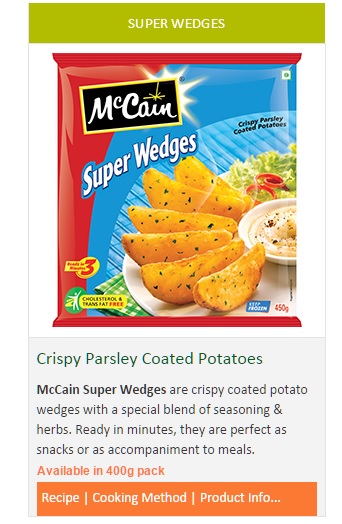 Although, McCain offers a lot of  variety in their food items by giving multiple options by providing innovative recipes which can never make one bored. These snacks serve as one of the best options for a party when we do not have time to make a lot of Indian snacks at home and also do not want to order from a restaurant. We can add our own Indian touch to these snacks and we can also find them in different flavours of our choice, such as - Lemon Garlic, chilly, mustard, cheese based and also variations of potato.

I would prefer using a mix of these snacks so that I can add my own healthy variations to them. I have used a lot of potato as they are rich in carbohydrates and also would help in providing instant energy to the kids. Having said that I have also included my own variation by deciding to provide them with a small cup of Badam/almond powder flavoured milk which will be adding on to the nutrition value of my snack party.

Hoping this small gesture would be able to make them happy for that evening since it is very rare that they get a chance to have such snacks.


Image Courtesy : McCain website and Google
Posted by Power of Words at 10:31 PM