My answer to the question whether couples should or should not have Pre- Marital Sex is - NO.

It wasn't difficult for me to decide on this issue and justify myself. However modern I have become with advancing technology, social living style, thoughts and ideologies, I am against the idea of any couple venturing into Pre- Marital Sex. I feel that every individual must preserve his/her virginity till marriage. It is precious. Many might disagree with me with the counter argument that if we trust the person whom we are going to marry then why fear having sex. This theory holds good in some cases but why risk your virginity for it before marriage? There have been many instances where marital relationships are not working out after days to years of living together in a relationship. Every relationship has got a positive and negative side to it. We can only discover that once we start living together. When we have decided to take a plunge into the relationship and get it culminated into marriage then we should have the courage to face problems associated with it also. Getting into a marital relationship is equivalent to taking any major risk in life. It is completely dependent on us how we mould the relationship. Situations may not be just as they were during the days of courtship. The fear of that should not change our mind so that we try to enjoy the relationship by having sex before marriage.

Sex is just one beautiful part of being together in a relationship but it should not be considered over building trust and love in a relationship. If one has decided that the partner he/she has chosen, is the perfect fit for them and their family,then having physical pleasure is just a few steps away after marriage. No one can question a couple then, the inner conscience doesn't question our own values and morality, there is nothing like loathing in guilt and there is no need to be scared of the consequences. There can be chances that couples are very happy for the one they have chosen as they seem to be perfect in all ways but they might not always end up having a great sexual life. This is one of the reasons for a divorce. Looking at the positive side, at least no one in the relationship loathes with a guilt throughout their life. 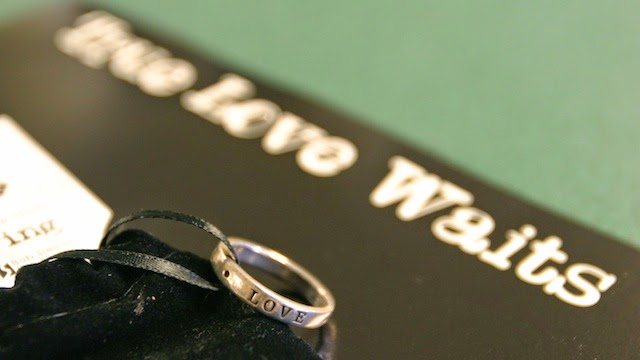 Some couples want to judge their sexual capabilities before getting married that's when they want to have sex. This has got a negative effect too. What if they do not turn out to be sexually satisfying for each other? Will they break their relationship based on one parameter? How will they be able to tell their family about the reason to call off the wedding? Even if they plan to go ahead with marrying each other, they will be lost in those mental frenzies by  imagining a horrible sexual life. When there are such tensions, couples cannot be mentally at peace and also will not be able to give mutual happiness- A major cause of sexual dissatisfaction. It might be temporary but the outcome could have a toll on the relationship that was once built on love and mutual trust. It might ruin the excitement associated with marriage.Why cause unnecessary troubles for oneself when a relationship can be happily nurtured with love,affection, care and trust.

A situation can arise when either of the partners wanted the relationship only to have a sexual fling and the plans of wedding could be called off  after creating sexual contact. Then, the other partner feels cheated. Two lives have undergone a major change. There is a vast mental and physical agony that a partner goes through. No matter how much modernization grips us, somewhere down the corner there will be feeling of betrayal. What if they plan to marry someone else? Will they disclose about their lost virginity? Will they ever get that trust from the 'would be' partner? This is not going to happen until the would be partner has also gone through a similar instance. It can destroy multiple relationships and also affect the moral status of a human being who has gone through this. Our society is not modern enough to accept this. It leads to social stigma. Along with the couple, their families are also put through testing time when they need to testify their chastity. Why put ourselves and our family through this humiliation???

Worst situation can arise when a woman becomes pregnant before marriage because of the foolish sexual act and then, the man decides to leave her. One act of foolishness can cause the entire family to suffer. What about the woman?? Will she ever be able to live confidently? Will she ever be able to have a happily married life? There will be 1:100000  males who will accept such a woman as a life partner. We all have got beautiful lives , then why destroy our future ourselves? Even if the woman or the man indulging in pre-marital sex gets married will they be able to enjoy their married lives.?
They can try putting away the past and starting afresh but there are more chances of comparing with the pre-marital flare. That's when the past ends up destroying the present marital relationship also. They will not be able to enjoy a new life too.

Studies have also revealed that Premarital Sex can rewire one's brain. It affects the chances of finding the right life partner. Dopamine, Oxytocin and Vasopressin are three powerful biochemicals and hormones that are released during sex between a man and a woman, help a couples bond. But, when they are introduced in casual sexual relationships,they can cause trouble. These help them committing to each other for maintaining a long term relationship.

Scientist say, "When someone is involved sexually it makes them want to repeat that act. Their brain produces lots of Dopamine – a powerful chemical, which is compared to heroin on the brain. Dopamine is our internal pleasure/reward system. When Dopamine is involved, it changes how we remember. In the same way, Oxytocin, a hormone produced primarily in women's bodies, helps women become bonded to the object of her affection. So when a woman becomes intimate with a man, her body also releases Oxytocin and she becomes emotionally bonded to him. Oxytocin is released in a woman's body during sex. It is also called the happy hormone or the cuddle hormone. Men produce Vasopressin which serves the same purpose as Oxytocin. When one has premarital sex, one's reward circuitry is bonded to the partner now, and it will be much deeper and hurtful. Often, in breakups of people who've been sexually active, they can't tolerate the sense of emptiness, so they rush into another relationship. The neuro circuits did not have time to reset, and so they're impaired in their ability to bond with the next person, and they may become sexually active with them. This is just a repetitive cycle, and there are real impairments in bonding going on ."

Thus, knowing how these neurochemicals interact and change the brain helps us to understand why sex is to be kept within the boundaries of marriage. It is better to wait until marriage and then enjoy those sexual pleasures slowly so that the relationship gets stronger, as it is already standing on love and trust. It is better to wait and indulge in this act after the two partners are comfortable in each other's zone after marriage. Waiting will enhance the beauty and the excitement of the real act.

While pondering over this issue you can grab a book written by Poonaam Uppal , based on her true love story. It is available on Flipkart. Poonaam Uppal's True Love - A Mystical True Love Story on Flipkart.
Posted by Power of Words at 1:34 PM